19 Best Benefits Of Mangosteen For Skin And Health Part 1

Today we’re checking out mangosteen and some of its awesome benefits! Keep reading the article from stylecraze pasted below to learn more! Don’t forget to check back next Monday for part 2 of this post!– 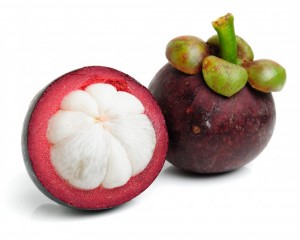 Mangosteen fruit scientifically known as Garcinia mangostana is a tropical evergreen tree, believed to have been originated in Indonesia and is widely available in several South East Asian regions like Singapore, Malaysia, Thailand, and Vietnam and also in some regions of Africa. The purple Mangosteen, acclaimed for its unique appearance and flavour is often revered as queen of the tropical fruits, especially in the orient.

The fruit has three major parts: the deep purple rind; the white edible flesh which is segmented like oranges and the seeds, found within the flesh. The seeds are extremely bitter in taste and are inedible while the flesh has a soft fragrance with a sweet taste. The outer shell or rind of the Mangostein fruit (called the pericarp) is rather hard, yet can be opened easily.

Mangosteen has been a part of the traditional medicine of various Asian countries for a very long time, and was once brought all the way around the world so that it could be sampled by Queen Victoria. The health benefits of mangosteen are known since 18th century and it has been proven that these benefits are not just mythical. It is a storehouse of essential nutrients which are required for normal growth, development and overall nutritional well being. Different parts of the fruit and plant are used in the treatment of various diseases and disorders. Here are some of the mangosteen fruit health benefits.

Scientific Research has revealed that Mangosteen contains a class of naturally occurring polyphenol compounds known as xanthones. There are two types of xanthones in this fruit – alpha mangosteen and gamma mangosteen. Xanthones and their derivatives have been shown to have several benefits, including anti-inflammatory.  Xanthones are an effective remedy against various cardiovascular diseases. These antioxidants have healing properties which heal cells damaged by free radicals, slow down aging and ward off degenerative diseases and physical and mental deterioration.

This fruit is very low in calories (63 calories per 100 g) and contains no saturated fats or cholesterol. Nonetheless, it is rich in dietary fiber (100 g provides about 13% of RDA), which can be very important for individuals who are concerned about putting on excess body weight.

Mangosteens are rich in vitamin C and contains about 12% RDA per 100g. Being a powerful water soluble anti oxidant, vitamin C provides resistance against flu like infectious agents and scavenge harmful pro-inflammatory free radicals. Therefore consumption of fruits rich in vitamin C is vital for developing resistance against diseases. Folate plays an important role in foetal development and evolution of new cells in the body. This particular vitamin is vital during pregnancy and protects neutral tube effects.

Mangosteen aids in promoting red blood cells and prevents against anaemia. It improves the blood flow by causing dilation of blood vessels which helps to protect us against certain diseases like atherosclerosis, high cholesterol, heart congestion and severe chest pains.

By increasing the amount of blood flow to the eye, Vitamin C in mangosteen is effective against cataracts.1000mg Vitamin C per day is said to be effective in curbing cataracts and improving vision.

Check back next week for part 2 of this post!